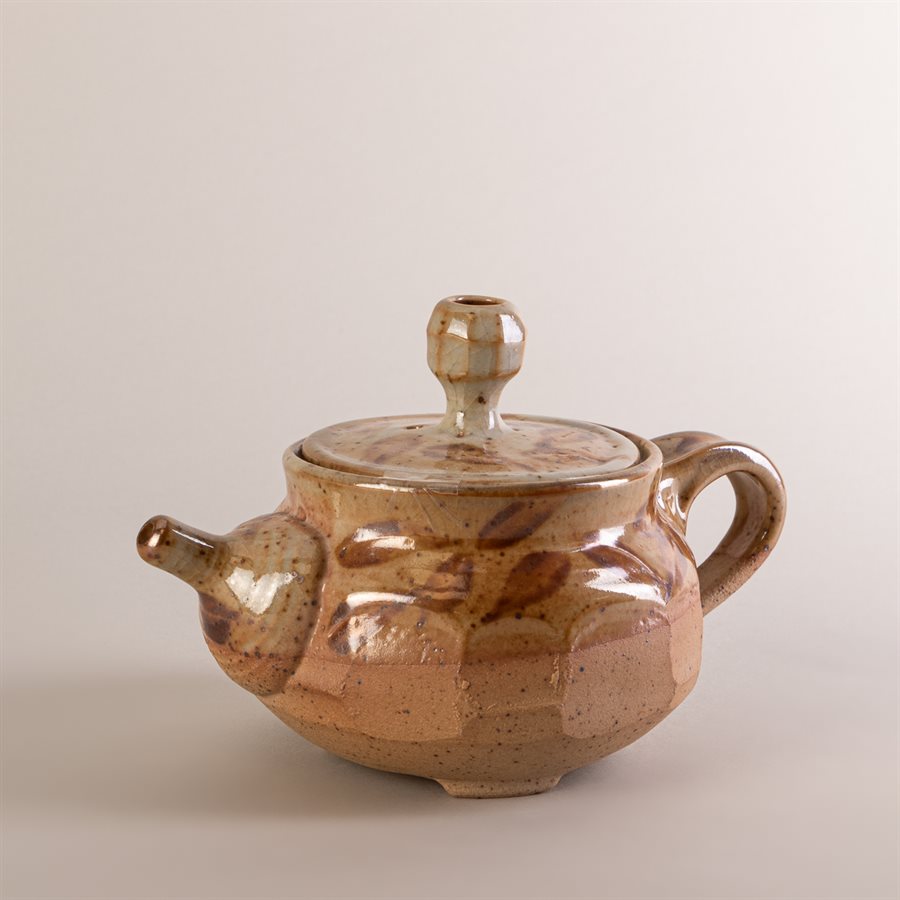 Press and move to zoom.
Mouse over image to zoom.
Click to enlarge
Fabienne Synnott

This small teapot has copper and golden reflections that blend wonderfully with the raw sandstone that composes it. The piece, entirely handmade, was turned, polished, assembled and then fired in a reduction oven. It is also during the cooking stage that all the colored reflections appeared.

Tea time will be more enjoyable with this teapot which can hold one or two servings of your favorite infusion. Moreover, you can drop your favorite herbal tea directly there, since the interior is smooth and easy to clean, in addition to being provided with small holes serving as a screen in front of the neck of the teapot. This utilitarian work of art is mounted on 3 legs providing good stability and a refined look.
CAD $75.00

* Note that the object's tint may vary on the 360 degree preview. Although we strive to produce quality photos, there may always be a color difference between the photo and the reality, among others, depending on the screen the images are displayed on. The most realistic tint is the one you can see on the images in the photo carousel, at the top of the product page.

The firing technique used by Fabienne Synnott is called “reduction firing”. This technique, which is rather complex to master, involves depriving the atmosphere of the oven of oxygen at various key points during the firing, which can last for several hours.

To survive in the oxygen-deprived atmosphere, the flame must use the oxygen stored in the clay of the pieces. Moreover, it is by lingering longer in certain places richer in oxygen that the flame creates the wonderful color variations on the piece that characterize reduced cooking.

This firing  technique uses very high temperatures, between 2340 ° F and 2380 ° F. Thus, the resulting parts are particularly resistant. So much so, that they are even dishwasher and oven safe!

7 '' long in total, with handle and mouth